As we know, there are no real superheroes like Deadpool, Superman, Spiderman, etc. We watch them with much enthusiasm. We sometimes try to copy there looks and styles. We also try to copy their actions. We show our excitement towards their dress and weapons. As being a human, it is natural that we often want to know their secret of powers and other such things. If we talk about Deadpool and his powers, it pinches us to know about the weapons which Deadpool uses. The weapons of Deadpool are so powerful that it can defeat the greatest and the most powerful of enemies and their weapons. Deadpool is much conscious about his enemies. So he uses his weapons according to his enemy. Deadpool is also famous for his dressing style. The way he dresses up himself is very impressive. He changes his costumes from time to time according to the situations. 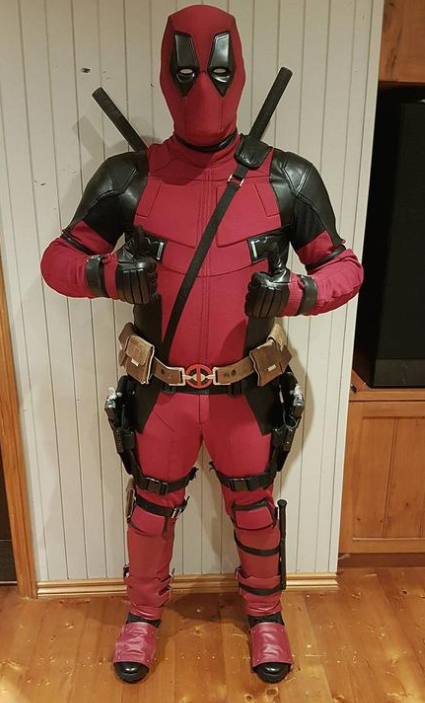 Different kinds of weapons that Deadpool uses during the fight

There are many weapons which he carries when he goes into a fight. Usually, he has been depicted with two swords and several firearms. Some common weapons which he uses are amazing to look at. 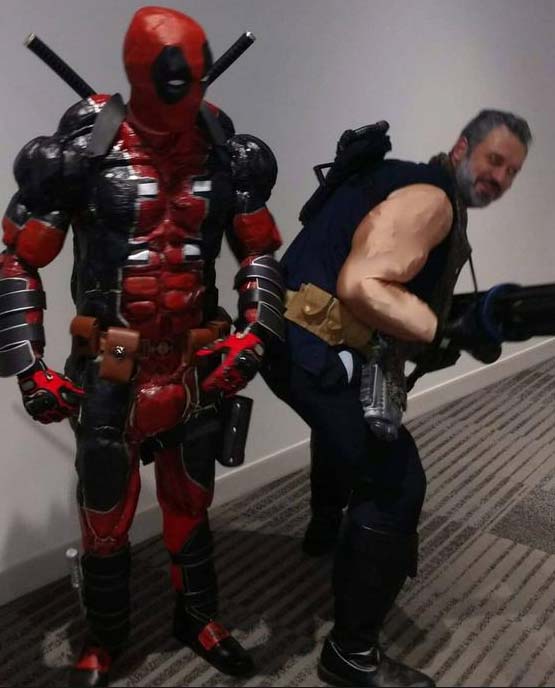 He always keeps a bag full of weapons in which we can see many more weapons. There are also some big and specific weapons which he uses in some important fights like Rifle Assault, Rocket Launchers, etc. On his back, he has two strapped katanas and two automatic pistols at his hips. He interestingly keeps them.

Some special combat styles of Deadpool

As we know, Deadpool is an imaginary character in Marvel studios, we should also know some special attacks of Deadpool in Marvel’s contest of champions.

The costume of Deadpool

Now, let us know about the cosplay costume of Deadpool. When we see the dress of Deadpool, it looks great but making that kind of costume is not easy work.

Deadpool has many cancer scars on his body. So to cover them, he generally wears a red and black full bodysuit. The design of this suit was created by his friend Weasel. Weasel is a weapon designer and also arms dealer. He has designed many types of equipment for Deadpool. 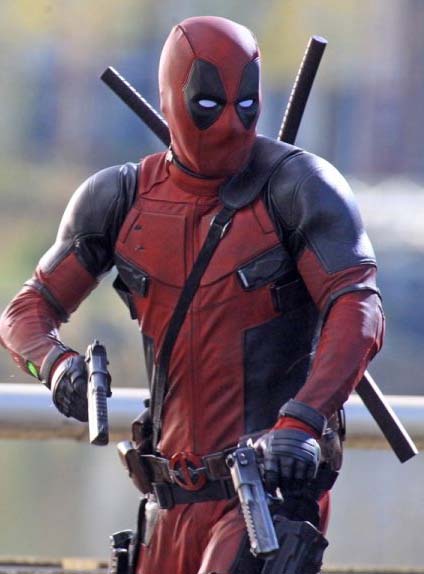 This suit contains numbers of pockets in which he uses to keep his weapons (guns, knives, sais, grenades). This suite also contains two holsters on his back to keep his katanas.

He also wears a Teleporter on his wrist.

He also wears a belt. On the buckle of the belt, there is a symbol of “Deadpool”.

So, we have seen different weapons and dresses of Deadpool and it is quite clear that Deadpool is one of the greatest superheroes in an imaginary world. The creation of Deadpool has made our life much interesting and exciting. We have no other ways but to appreciate this superhero for the costumes and skills that he has.